Member of PPPHealth4All Advisory Board 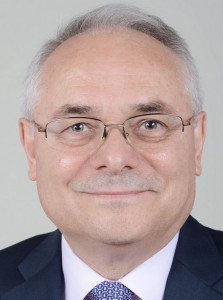 Following his career at the World Bank and the Global Infrastructure Hub (GI Hub), and after more than 40 years as an international infrastructure specialist, Mark Moseley is currently leading Moseley Infrastructure Advisory Services (MMM Infra), a global consulting firm for infrastructure projects and enabling environments.
Pursuant to a secondment arrangement between the World Bank and the GI Hub, Mark joined the GI Hub in 2015, subsequent to the decision of the G20 Leaders to establish the organisation. Later, in 2017, Mark became the GI Hub’s Chief Operating Officer.

During his time with the GI Hub, Mark initially led the work on its ‘Leading Practices’ mandate, under which the GI Hub developed tools and guidance materials for governments in both developed and emerging markets, including the PPP Risk Allocation tool. Thereafter, as COO, Mark oversaw the development of the GI Hub’s PPP Contract Management tool and the Guidance Note on Governmental Processes Facilitating Infrastructure Project Preparation, along with updates to the GI Hub’s Global Infrastructure Project Pipeline, the InfraCompass report and the Global Infrastructure Outlook report.

At the World Bank, Mark held the position of Lead Lawyer in the PPP Group, where his work was focused on the legal, regulatory, and contractual arrangements for public-private partnership transactions. He was also the Task Team Leader for the World Bank’s Public- Private Partnerships Legal Resource Center (PPPLRC) Website, and for the Recommended PPP Contractual Provisions initiative. In addition, he coordinated the World Bank Group’s interactions with the G20 in regard to infrastructure.
Prior to joining the World Bank in 2005, Mark was Practice Group Manager of the Energy, Projects and Construction Group of CMS Cameron McKenna, a major international law firm headquartered in London.

Mark is also an occasional lecturer at the Harvard Kennedy School course on Infrastructure in a Market Economy.