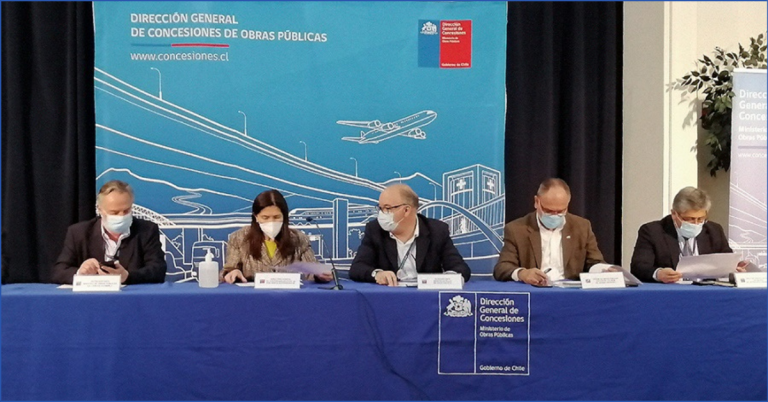 On October 4, 2021 the Ministry of Public Works in Chile announced two financial offers submitted on September 13 for the Los Ríos-Los Lagos PPP hospitals network, which includes the construction of three hospitals in the Los Rios region  and one in Los Lagos region.

“This hospitals network will provide 500 beds within 153 thousand m2 of health infrastructure, which in its construction stage will generate around 2,700 jobs per month, contributing to our economic reactivation. ”

The Minister also stressed the importance to continue advancing in the bidding portfolio established for this year, which considers 17 projects worth of USD 6,111 million.

The other proposal was presented by the Ibero-Asian Consortium, consisting of China Road and Bridge Corporation and Puentes y Calzadas Grupo De Empresas SA.

The project considers the design, construction and maintenance of the new units of the buildings as well as the provision, replacement, assembly and maintenance of medical equipment and furniture. The four hospitals together will provide 495 beds with a 290 thousand benefited people. it is estimated that the hospitals will start operate in the first quarter of 2026.

Source and photo credits website of the Ministry of  Public Works in Chile.